A multi-agency collaboration that saw The Events Artery (TEA) producing digital and visual content which we integrated into an on-ground bounty hunt along the Orchard Road belt.

The campaign began with daily challenges online that incorporated user-generated Facebook posts and Twitter posts to build buzz for the campaign.

Our promo videos drove traffic and signups for the Grand Hunt, where we took on the challenge of devising a deviously tricky route through various landmarks in town.

More than 700 participants were fed video and Twitter clues to locate the N8 avatar – “Nate”, culminating in a grand finale event at Shaw House. 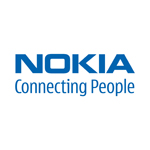 Let us help you unlock the power of live events by co-creating your events with heart, mind & drive.

IMG_0141
Close
Thank you for your interest.
Our brochure is currently a work in progress.
Why not speak directly to us?